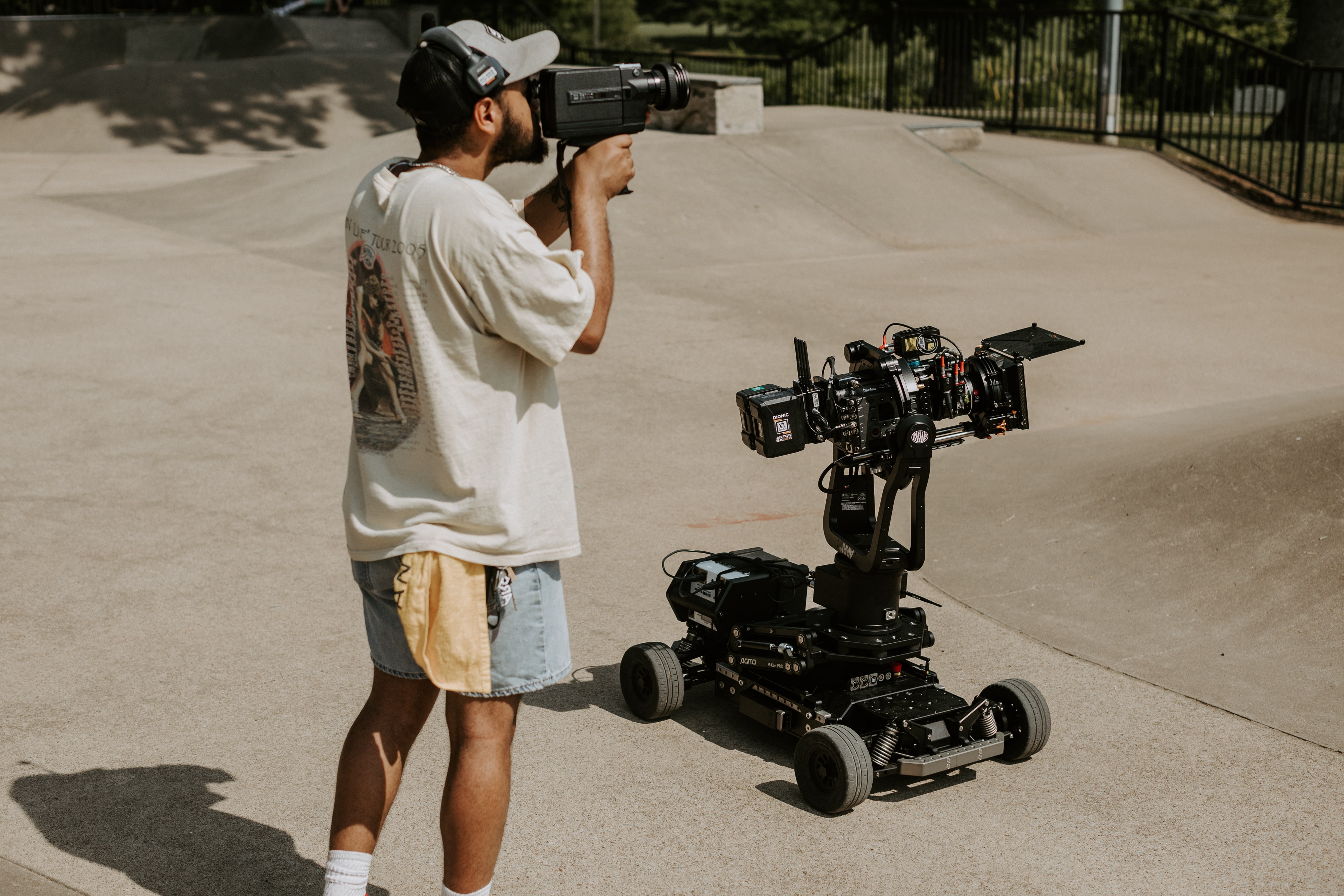 Camera Obscura: Tani Houston on Shooting the Stuff He Loves

Shift Dynamics' equipment tech on documentary style, working with Converse and why experimentation is so important

Based in Nashville, Tani Houston spends his days as an equipment tech at Shift Dynamics while continuously finding new ways to tap into his love for film, music, and fashion.

LBB> What is your niche craft obsession?

Tani> I would definitely say film and just shooting film in general. Recently, it's mainly been Super 8 and especially documentary style.

LBB> Where/ when/ how did you first come across this thing?

Tani> I don’t know honestly. I kind of just saw some photos at one point and thought it looked super cool because of all the grain. That kind of got me into the idea of film and then I thought, “Well, is there a video version of this?” From there, I found out about Super 8 and Super 16 and 35mm.

LBB> Was it an obsession straight away or something that has evolved over the years?

Tani> I would say it definitely took a moment, only because I didn’t realize that it was film. I thought that people were just adding that grainy look as an effect. As soon as I found out that it was film, my interest took off and I definitely started to do it more and get into it more.

LBB> What are the most interesting debates or conversations you are having around this obsession?

Tani> Film is making a comeback and it's probably already back. I think my biggest conversation I often have is how easy it is to get into film and how easy it is to not get into film. The issues, for instance, is that the pricing is a little high for it. But overall, people are always telling me they want to get into it but they don’t know how. Usually it’s me telling them, just do it — it’s worth it. I think the ease of shooting on something clear and crisp where you can get playback instantly is a big deal and keeps it easy. But there's a thing with film where you just can’t get that elsewhere and you have the adrenaline of getting one shot to get it right.

LBB> How widespread do you think this obsession is with your peers?

Tani> Not too widespread, I don’t think. I mean it is and it isn’t. I’ve seen a lot of people shoot film photos like 35mm. Not a lot of people are getting into Super 8 and Super 16 though, and I think that’s mainly just because of the prices.

LBB> Can you share any examples of your work where that obsession really came to the fore and elevated the final production?

Tani> Switch — Having the mix between 8mm, AGITO and handheld shots in this skate piece was super ill. The ability to combine them all created an incredible final piece and one that I’m really glad film was able to be a part of.

ROOTED: Converse — This was probably one of my favorite things I’ve shot so far from the Super 8. It definitely brought out that feeling that they were wanting, especially the picnic scenes and the nostalgic feeling of 'it's just a happy summer day' kind of vibe.

LBB> For anyone just getting into your field, what advice would you share to help them get their head around this particular thing?