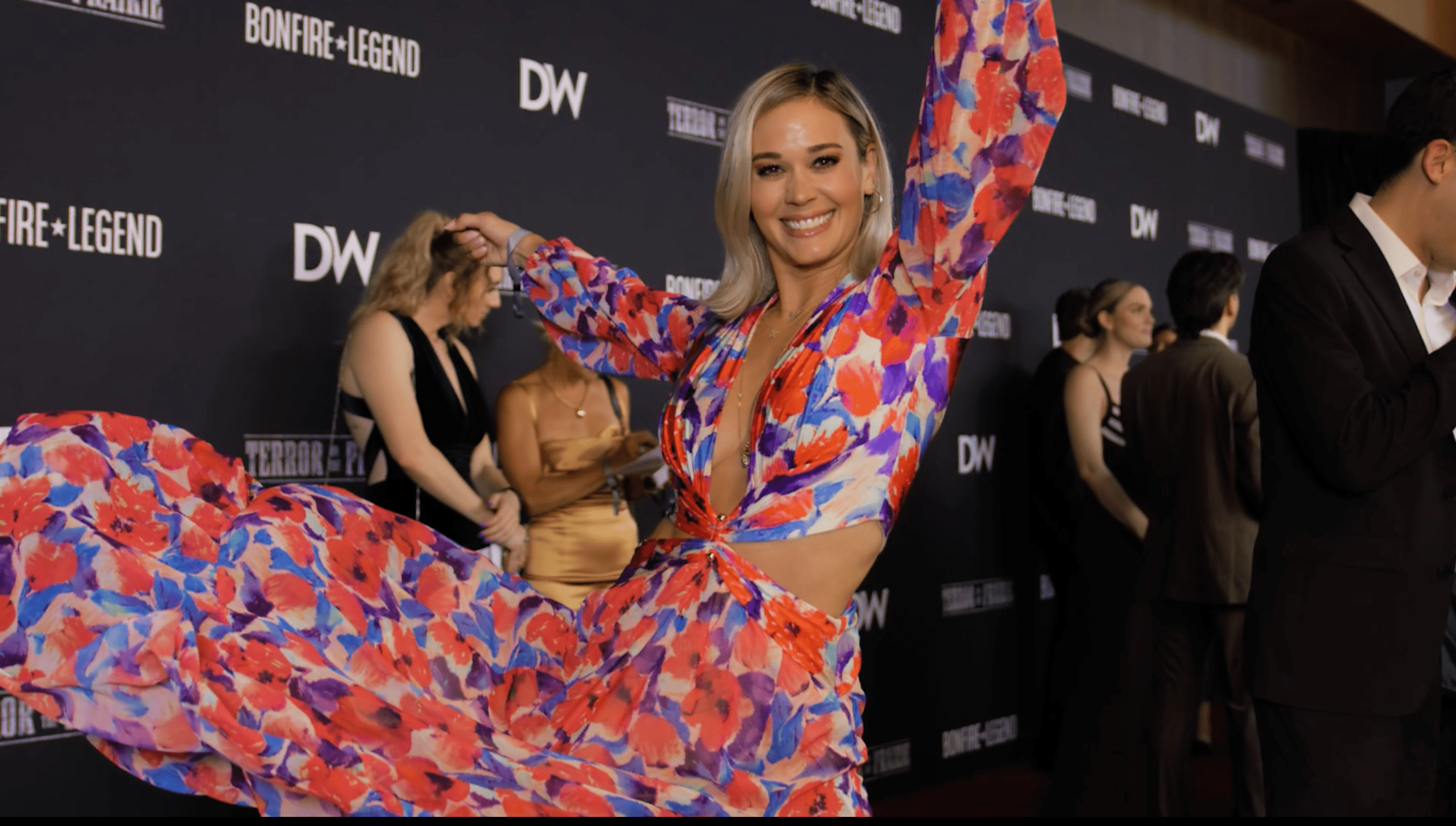 Shift Dynamics had the incredible opportunity to utilize the Colossus robot at the red carpet premiere for Daily Wire’s film,“Terror on the Prairie”, in order to capture “glambot” content for the events special guests and attendees. The stunning shots of the cast members were captured at the AMC Thoroughbred Theater in Franklin, TN. A huge success, the Colossus seemed to be the star of the show as many flocked to the red carpet for multiple shots of their look. The Shift Dynamics team was able to capture their slow-mo moments in the limelight for both the client and the event's guests to enjoy. It was an exciting experience for the Shift Dynamics team as we were able to utilize the Colossus robot in a new way in order to bring to life the Hollywood-style glambot shots.

With the quick load-in and load-out time, help from the MP AR app, and an incredible team, we were able to capture stunning shots of the cast members and attendees in a seamless manner. The Colossus' mobility and ease of transportation also added to the flawless success, showing the team how easy it is to take the robot anywhere, for any project.

The camera and equipment used was the Phantom VEO 4k 990S. We were able to maximize our creative vision with the glambot by utilizing high-speed cameras such as the Phantom and the RED Raptor. In order to get glambot content, the Colossus cinema robot must move in a large sweeping motion. Some adjustments had to be made due to limited spacing, however, Motorized Precision’s new app “MP AR '' was extremely helpful due to the pre-visualization technology it offers. Depending on the environment, we are able to use the MP AR app to provide a pre-visualization of how to optimize the spacing in any given location. From a safety standpoint, this provided us with a greater peace of mind and allowed for us to create an even safer setting prior to setup, while also ensuring the Colossus would fit perfectly in the red carpet setting.

In regards to loading the equipment, the Colossus robot was transported there using our Grip Truck. Our in-house resources provided trucking transportation; however, a strong relationship with freight and logistics partners is important as well when traveling to extremely far destinations. With this project being just a few miles down the road from our headquarters, our team was easily able to load in 4,2000 lbs worth of equipment for the Colossus robot in just 90 minutes.

As the Colossus' arm moves in a large swaying motion over the individual, this then gives the talent a chance to react. While the director helped provide movement cues, the crew made sure all safety needs and precautions were met with the rest of the attendees as the robot ops captured the shots.

In post-production, the breathtaking shots were edited together by the talented Steven Lester at the Edit House.

The client and event guests were extremely pleased with the results of the glambot content. The attendees had lots of fun partaking and having their moment in the limelight. The limelight, and the content captured was used to further help market and promote the movie and premiere.